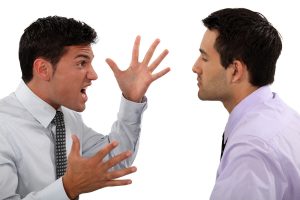 Conflict is a contradiction in opinions, views, goals, and interests. The reasons for the conflict can be everyday problems, religious or political views. Religious and political topics are complex topics, which is why psychologists argue that the conflict over these issues is almost insoluble.

The rest of the topics for the conflict have two sides. Modern psychologists insist on the existence of a positive side to conflicts. They argue that the desire to avoid it can do more harm than the conflict itself. As a rule, people who are afraid of conflict have psychological problems. Perhaps this is the fear of aggression or to declare their desires. They are afraid of being rejected, so they try not to disturb peace and stability. They are ready to sacrifice their interests for the sake of maintaining stability.

As a rule, such behavior is characteristic of people who have low self-esteem and social intelligence. At the same time, psychologists argue that conflict avoidance intensifies conflict.

If you are one of those who are afraid of conflicts, you should look at them as a source of development. You should learn to listen to your opponent and understand what they want to say. Also, do not be afraid to state your opinion honestly and openly. Do not insult and blame each other. This kind of conflict leads to resentment and anger.

During the conflict, you see the weaknesses in your relationship and can direct your attention and energy to strengthen them.

Conflict helps resolve contradictions in a relationship before the relationship collides. This is a chance to prevent the emergence of claims to each other. Conflict teaches you to understand your partner better and make decisions to improve your relationship. If you do not express your disagreement, your partner will continue to act according to the old scenario, which you do not accept. Gradually, the tension will increase, and you will explode in a moment. 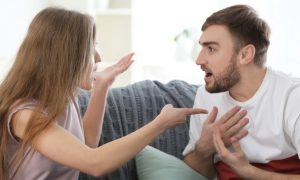 Conflict helps you get closer to your partner because you can express your opinion even though it differs from that of your partner. Thus, couples who suppress their negative feelings are more unhappy than those who openly show their negative feelings. Healthy conflict is a new level of relationship between you. Conflict can create feelings of loss of your partner, and you try to understand your opponent to maintain an attitude. Conflict can be your chance to keep your relationship alive.

An open conflict allows you to identify the problem and find ways to fix it. This is a great opportunity to relieve tension between partners and improve relationships. You get rid of the negativity that is holding back your relationship. Conflict brings fresh air into your relationship, and you can move on.

Psychologists strongly recommend not to be afraid of conflicts and not to avoid them. Learn to conflict correctly and take benefits from them. When partners are silent about their negative feelings, it leads to a slow and painful breakup. Couples who sort things out brightly from time to time have a great chance of reaching a new level of relationship. Fear of expressing your indignation increases resentment and hatred towards each other. Fear of admitting a conflict reinforces this negativity.

Responsibility of partners for a strong relationship.