Scientists have found a link between depression and smoking.

We hope that you know about the physical health risks of smoking and that you do not use this addiction. A recent study by researchers at the University of Helsinki found a link between symptoms of depression and addiction to smoking. Thus, scientists have discovered another reason not to smoke.

According to scientists, people who are depressed smoke more often than those who do not have mental health problems. Scientists have studied the effect of smoking on human health and found that disruption of the psyche leads to the desire to smoke. They took part in the study with the universities of Wisconsin and Missouri, USA. Therefore, this study has international status and its results are not in doubt.

Scientists have studied the health status of more than a thousand twins who have symptoms of depression. They were asked to fill out a questionnaire and answer the questions honestly.

The participants in the experiment claim that smoking does not bring them to taste pleasure, but reduces the level of anxiety. This association with addiction forms addiction. The cigarette helps people with depression to take their attention off their minds, and their mental state improves momentarily.
At the same time, scientists have found that smoking addiction is not a genetic predisposition or upbringing. In twin pairs, one might have had this habit and the other might not. This led scientists to conclude that the desire to smoke is an acquired habit. 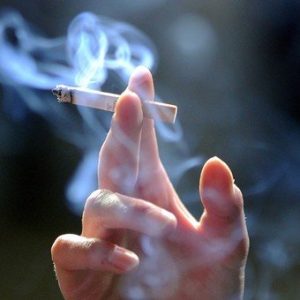 Smoking is one of the major risk factors for morbidity and mortality worldwide. Thus, scientists are confident that people with depression and other mental disorders are more likely to start smoking than mentally healthy people. They also confirm that smokers have more severe symptoms of anxiety and depression.
Israeli scientists also conducted a study and found that smoking can be a predisposing factor for mental problems, and quitting is associated with a decrease in depressive symptoms.

Israeli scientists together with their colleagues from Serbia surveyed more than 2,000 students from Serbian universities. The result of the survey gave reason for scientists to argue that smokers suffer from depression more often than their non-smoking peers.

Also, scientists argue that the social status of smokers and their financial condition do not affect the development of depression. Smokers have lower mental health scores than non-smokers.
Research results show that smoking and depression are linked.

Although, scientists draw your attention to the fact that they did not support the theory that smoking causes depression.

Researchers speculate that the chemicals in cigarette smoke indirectly stimulate the release of dopamine associated with feelings of satisfaction, which ultimately leads to mood swings. Also, nicotine affects the activity of neurotransmitters that are responsible for your mental health.

Some people use smoking as a way to get rid of a bad mood, but it only aggravates their condition. The researchers suggest that quitting smoking will allow smokers to improve their mental health. But more research is needed to confirm this theory.

Nevertheless, the results of these studies have become of interest to many scientists and doctors. Some countries want to use the research results to improve the medical system and the health of their citizens.

The best way to improve your body shape.