When the world gets the Covid-19 vaccine?

The coronavirus continues to spread around the world and takes human lives. Scientists are trying to find a drug for this disease that could save hundreds of lives. 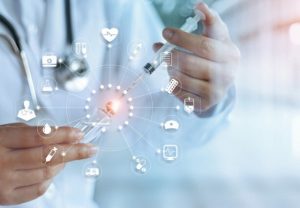 Scientists in many countries are conducting research, but nowadays, not a single vaccine has been confirmed, even though from time to time there is news that scientists have found a vaccine for Covid-19.

Research is still ongoing and several countries have already ordered large quantities of the vaccine from developers. Therefore, when the first vaccine appears, the country that has invested in the right research will receive it first.

Vaccine development is one of the most important challenges for modern scientists. If they manage to find her, it will change the world. People are tired of social distance, limited movement, business is suffering losses and the vaccine can change the situation for the better.

The vaccine will help control the spread of the virus. The main task of the vaccine is the formation of immunity that can fight Covid-19, and the symptoms of the virus will appear to a lesser extent.
Even though a vaccine has not yet been developed, scientists have managed to achieve certain results. More than 160 studies are working to develop a vaccine, and some are in clinical trials in humans.
People all over the world are waiting for the results of these studies because they determine how people get through 2021. 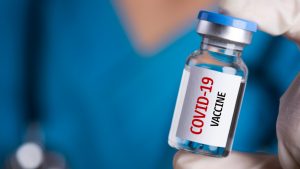 As history shows, the development of a vaccine is a long process and takes several years or decades. But scientists give hope that a vaccine against coronavirus will be developed by the end of 2020, and already in the middle of 2021, it will be distributed around the world. Several people have already received a test dose of the vaccine, which was developed by scientists at Oxford University. If the result is positive, then the UK will be the first to receive a vaccine against the virus.

Unfortunately, the virus mutates a lot, and this complicates the vaccine development process. Scientists must take into account all forms of the virus and quickly respond to all changes in its structure. Even though the symptoms are the same in all types of the virus, their structure is significantly different.

Another piece of news appeared in the middle of August this year. Chinese media have announced a patent for a COVID-19 vaccine. We remind you that China has recorded a second wave of the spread of coronavirus, so the government is looking for ways to stop it.

Chinese scientists have developed a vaccine and tested it in humans. As a result of their research, they found that the vaccine forms immunity to coronavirus and is safe for human health. Scientists say the vaccine has been tested in enough people to be considered effective. After the vaccine is injected into the human body, it neutralizes antibodies, and the virus does not spread throughout the body.

Also, a few days later, Russia announced that scientists had developed a vaccine and were ready to produce it in large quantities. The Russian government claims that within a few days, doctors will receive a vaccine to vaccinate them, and then in a few months the vaccine will become available for widespread use. Unfortunately, these data are not confirmed by the World Health Organization, so it is too early to talk about its effectiveness.

Despite skepticism about the vaccine claims by the Russian and Chinese governments, we hope that a COVID-19 vaccine will appear in the coming months.

How to avoid relationship problems after childbirth.

Learn to be grateful to your body.