August 8 is the last day of the Olympic Games In Japan. In his speech, Thomas Bach, the head of the International Olympic Committee, thanked all the participants of the Olympics and stressed that this year’s Games were held in a special pandemic but all coped with the challenges of the time and showed their best results. 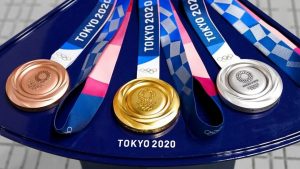 A special moment of the 2020 Olympic Games was the passing of the baton of the Olympics. Paris Mayor Anne Hidalgo arrived in Tokyo to receive the Olympic flag from Bach. This is evidence that the French capital is ready to receive guests and hosts of the 2024 Olympics.

Thousands of people watched this moment in Paris. The organizers have set up a large screen near the Eiffel Tower so that residents and guests of Paris can see this historic moment. There were French Olympians who had already returned home after the competition in Tokyo. The flag of the 2024 Olympics was hoisted near the screen, and at the end of the ceremony, the French Air Force’s Patrouille de France aerobatic group made a demonstration flight. It was an exciting activity that will be remembered by all participants.

The winning gold medal was won by the US women’s basketball team. Also, for the first time in the history of the Olympic Games, the US women’s volleyball team won a gold medal. The team defeated Brazil 3-0. And the winning medal that helped the United States take first place in the overall ranking was brought by cyclist Jennifer Valente, winning it in track cycling.

On August 7, 2021, President Joe Biden and First Lady Jill Biden held a virtual meeting with Olympic athletes. They expressed their gratitude for their game and performance. They are convinced that the US team is a testament to the unity of the whole of America.
The president said he was proud of the US team and hoped to meet with them at the White House this fall if the epidemiological situation did not interfere with those plans.