The influence of yoga on the brain.

The workings of the human brain are a mystery even to scientists. They do a lot of research on the brain, but many aspects of its work remain unclear. Scientists are interested in the effects of yoga and meditation on the human brain. Some studies have shown that the brains of people who practice yoga are significantly different from those of those who prefer to have a sedentary lifestyle. 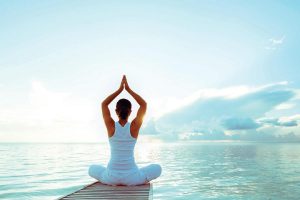 In one study, scientists found that during yoga, the hippocampus increases. This part of the brain is involved in the mechanisms of emotion and memory formation.

As you know, the hippocampus shrinks with age, and this is one of the causes of senile dementia and Alzheimer’s disease. Research results show that yoga protects the brain from these changes.

Also, scientists have found that people who practice yoga regularly have more developed prefrontal and cingulate cortex. They also have a more developed amygdala, which plays an important role in memory function, making a decision and emotional responses.

About 90% of research participants claim that yoga helps them cope with stress.

Lunges are the best exercise for beautiful glutes.

Search for More from author
Yoga

Ways to turn meditation into a daily ritual.