Breast cancer is the most common disease among women. Scientists do a lot of research to find out the factors that trigger the development of breast cancer. Unfortunately, to date, scientists cannot cause the increase in the prevalence of this disease. 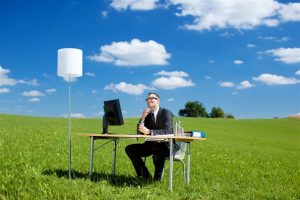 However, scientists have noticed one specific feature that they continue to study. During their research, scientists have found that women who work outdoors have less breast cancer than those who spend most of their time indoors.

Scientists hope that such a discovery will help them get closer to solving the problem of breast cancer.

Scientists have begun to study the effect of vitamin D on the development of cancer of the breast. They suggest that ultraviolet light enhances the synthesis of this vitamin in a woman’s body. If they confirm that vitamin D is effective in preventing breast cancer, it will give women hope for recovery and cancer prevention. At the same time, if you do not have the opportunity to spend a lot of time on the street and are trying to compensate for its deficiency with food, you will not achieve your goal. Scientists have found that ultraviolet light has anti-tumor properties. However, modern people are less and less exposed to sunlight and prefer to spend time in front of the TV, in bars, or in entertainment centers.

However, some research suggests that prolonged exposure to sunlight can lead to skin cancer. But if you protect your skin with cream or light clothing made from natural fabrics, you are protecting your skin from the negative effects of the sun’s rays.
Some scientists argue that the constant use of various modern technologies that emit blue light has a greater negative impact on human health than the sun’s rays.
In this regard, it was hypothesized that the increase in the prevalence of malignant tumors, including breast cancer, is associated with the modern lifestyle. 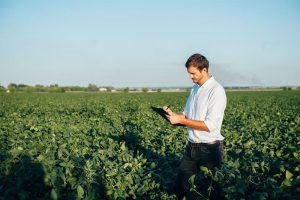 Research supports the hypothesis about the role of sunlight on the development of breast cancer. Through research, researchers have found that women with low levels of vitamin D in their blood are more likely to develop breast cancer.

The study authors chose an indicator that objectively shows how much time women spend outdoors, under the sun.

They compared the medical performance of women in the two groups. It turned out that women who worked outdoor visit the doctor with breast cancer less often than those who spend time indoors.
Scientists have concluded that long-term, at least 20 years, outdoor work reduces the risk of developing breast cancer by 17%.
It is just the first results that need additional confirmation. However, scientists are confident that it is an important discovery that will help find a way to reduce the incidence of breast cancer among women around the world.

Which protein is better for building muscle?

Nutrition for the beauty of your skin

Hardening of the body is a perfect way to improve your health.