Everyone knows that protein is the building block for your muscles. But, scientists claim that the timing of protein intake plays an important role in this process. The same serving of protein affects your body shape differently depending on the part of the day you eat it.
Building a healthy body takes your effort and focus. Therefore, you should know many nuances that can speed up or slow down this process. The body’s circadian rhythms affect the digestion and absorption of food. Therefore, the same food affects your body differently depending on the time of the day. 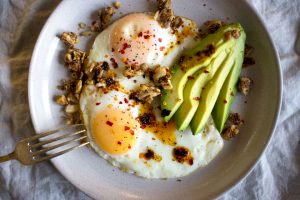 Japanese scientists from Waseda University have studied the effect of timing of protein intake on muscle growth.

Initially, the scientists took mice for the experiment. They created three groups of mice of the same weight and age. One group received protein for breakfast, another for dinner, and the third group ate protein at all meals. As a result of the experiment, the group of mice had more muscle mass than the other two groups.

Then scientists decided to conduct a similar experiment on humans. It was attended by women of approximately the same age with low physical activity. The result of the experiment was confirmed. Scientists found that the muscle mass of the participants who ate proteins for breakfast, on average, was higher than that of those who ate them for lunch. 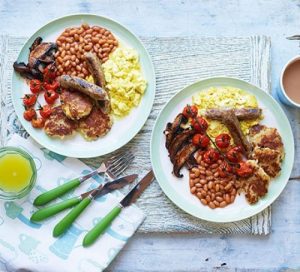 This study shows that people who want to lose weight and increase muscle mass should consume the majority of their daily protein intake for breakfast.

As statistics show, most people do not consume the daily protein intake. If you have a low level of physical activity, you need 1 gram of protein per 1 kg of your body. Physical activity requires more protein, so be careful with your diet and avoid deficiencies in essential elements.

Benefits of the outdoor workout.