2022 British Open: Most Interesting Players to Watch at St. Andrews 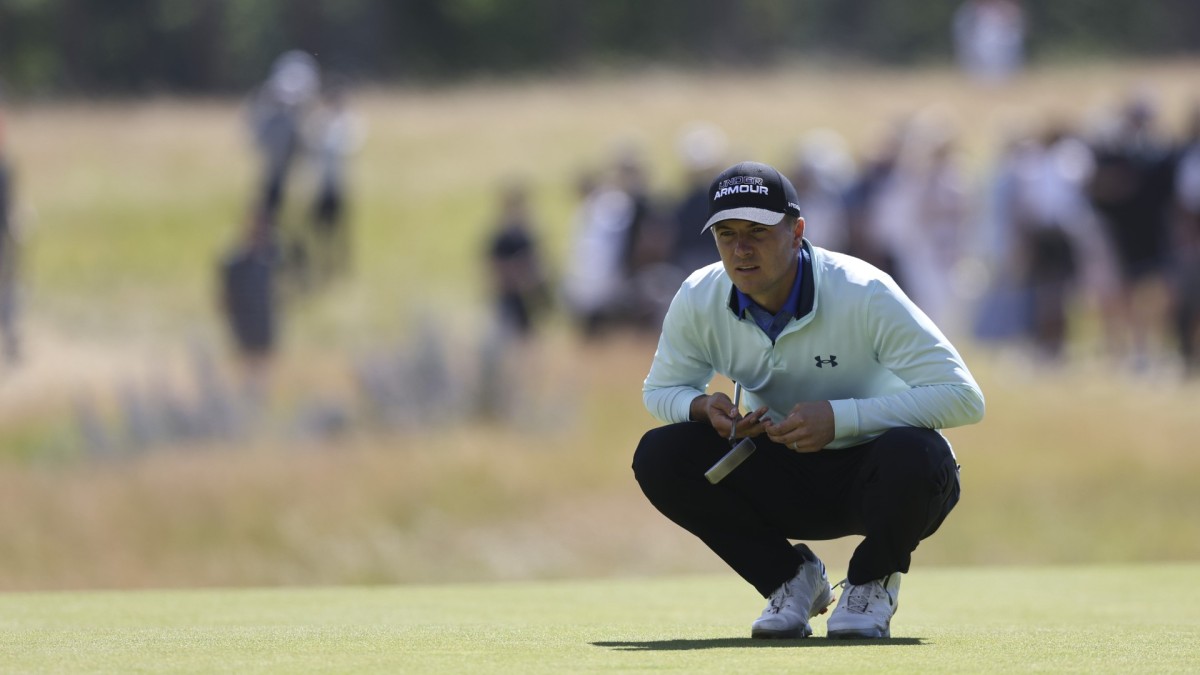 The 2022 British Open, which takes place this week for the 150th time, makes anybody’s list of the two or three best golf tournaments in the world. The Old Course at St. Andrews, in Scotland, is the most historic course in the world—the home of golf, they call it. Put the Open at St Andrews, and you have a mix of competition and venue that has just one contemporary: the Masters at Augusta.

So, this ought to be a good week. The last major on the men’s golf calendar (the British Open, in the common American parlance) takes place at the oldest course in the world. Tiger Woods is in the field, taking a third crack at a major in a year in which he’s otherwise eschewed competitive golf. The wind will be howling for at least some of the 2022 British Open, as it just about always is at this course. St Andrew is a brutal test not just because of the elements, but because of the winding water hazards that snake through the grounds, the sometimes cartoonish bunkers that require nearly impossible shots to get out of, and the course’s general knack for surprise.

Golf doesn’t get much more fun. A time zone discrepancy means you can watch it in the wee hours of morning on the East Coast on Thursday and Friday, though you’ll have to succumb to the Peacock gods to see all the early action.

The field at the 2022 British Open has 156 players, and a few dozen are at least plausible victors, but let’s talk about six we think will be more interesting to follow than most, whether they contend or not. Their odds to win are included to give you a sense of their chances on the Old Course. This list will skip Rory McIlroy, because we refuse to get ourselves worked up in the belief that he will finally win another major. And it’ll skip Scottie Scheffler, Justin, Thomas, and Jon Rahm, because, you get it: They’re good.

X gets the W @ScottishOpen 🏆

So much of major championship contention comes down to whether a player is in the right form at the right time. Scottie Scheffler had an absolutely torrid winter and spring, and carried the shape of his game to the Masters, where he dominated and won his green jacket. In more toned-down versions of the same dynamic, Justin Thomas tied for fifth at a middling PGA Tour event the week before he won the PGA Championship, and Matthew Fitzpatrick had been piling up near-misses before getting over the top to win the U.S. Open. It’s hard to win majors, but it’s almost impossible to flip a switch out of nowhere and win them. The corollary is that it gets a bit easier if a player is in brilliant form—and the hottest golfer in the world right now is Schauffele. He won at the Travelers Championship two weeks ago, then at the Scottish Open, which had an excellent field on Sunday. In between those back-to-back tour wins, he won the J.P. McManus Pro-Am at Adare Manor in Ireland, a victory that doesn’t count on tour but provides further evidence that Schauffele is scalding right now. He has a preposterous nine top-10 finishes in majors since 2017 without a win. I think that at some point, he’ll get one. Why not this week?

There’s a chance we’ve already seen the best of Spieth, and that while he’s mounted a nice climb back toward the top of the sport over the last two years, he just isn’t the same guy who won three legs of the career grand slam by 2017—when he was just 23—and reigned supreme at the Open at Royal Birkdale. But there’s also a chance that Spieth makes it all the way back. He finished second in this event last year, two shots back of winner Collin Morikawa; he’s gotten back to winning on the PGA Tour this year; he just contended at the Scottish Open; and he’s a known lover of windy, gritty links golf courses. It might be OK to believe!

Morikawa doesn’t have a win this year. It doesn’t make a ton of analytical sense to just figure he’ll win one on that basis—great players frequently go a year, even multiple years, without any wins—but Morikawa has been hanging around against some great fields. He also has two majors to his name and is, of course, the defending Champion Golfer of the Year at the Open. He hasn’t played since he tied for fifth at the U.S. Open last month, when he moved into contention on Friday, and stayed there until falling into a pit on Sunday. He’s a savvy links player. He’s talented enough to be in the mix, even when he doesn’t have his best stuff. It feels like he should go supernova sometime soon, and this week is as good a time as any.

Zalatoris has missed the cut in three of his last six starts. But in the other three, he has two second-place finishes in majors (the PGA and U.S. Open), and a top-five at the Memorial Tournament, one of the more prestigious non-majors on tour. He’s a gamer who gets up for giant tournaments and keeps sniffing around the top of them. Remember, he finished second at the 2021 Masters, too. He’s five-ish good shots or putting strokes away from being a three-time major winner at 25. He missed cut in Scotland this week as the result of treating it like a tuneup for St Andrews. Zalatoris is one of the purest ball strikers this sport has produced in a generation, and that’s a talent that fits on any course.

Cherish the chance to watch Woods play this tournament. He’s won at St Andrews twice. He’ll be on the other side of 50 the next time the Open is played there. Maybe we’ll see him there again, and maybe we won’t. Nothing is promised, especially not Tiger being in the kind of shape at that point to make a real run at another Claret Jug. Even this year, he shouldn’t be anywhere near contention. On the other hand: He’s Tiger Woods, so it’s best not to assume he couldn’t pull it off. St Andrews is at least a relatively flat walk for his surgically repaired right leg, and he knows his way around the place.

The golf analytics standard-bearer, Data Golf, keeps a stat called “expected wins.” It’s a measurement of how many wins a player can expect to rack up based on round-by-round, strokes-gained data. As in, if a player regularly beats the field average by so many strokes, he would (under normal circumstances) have this many or that many victories. Young is the only player with more than one “expected” PGA Tour win who hasn’t actually won an event in 2022. He’s the No. 31 player in the world, which makes him a substantial longshot at a major but not a complete Hail Mary. His season has included a tie for third at the PGA Championship and a tie for second at the Genesis Invitational, a premier PGA Tour stop that draws a major-like field. This is not advice per se, but if you’re the betting sort and are angling for a longer-shot pick, Young is worth exploring. Also, he wears a Major League Baseball sponsorship patch. Now you’ll know why when you notice that on NBC’s broadcasts.

Up The Intensity With This 20-Minute Rowing Workout

The reasons for the appearance of pigmentation.