Alcohol is one of the most purchased foods in the world. Alcohol use has increased significantly during the COVID-19 pandemic. At the same time, many people drink alcohol without suspecting that they have alcohol intolerance. Sometimes people perceive it as a hangover because the symptoms of these conditions are similar. 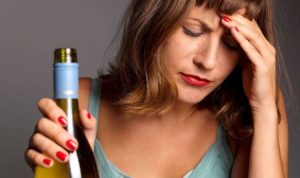 Alcohol intolerance is an inflammatory reaction of the body to the ingredients of alcoholic beverages, which manifests itself as:

Typically, symptoms of alcohol intolerance appear 20-30 minutes after drinking alcohol. The duration of the onset of symptoms depends on the state of health of the person, but as a rule, it is about a few hours.
At the same time, doctors assure that alcohol intolerance is not an allergy. Although some symptoms may indicate this.

In addition, alcohol intolerance can appear for two reasons:

Some simulators from Horizon that help you to keep fit.

All that you need to know about the benefits of plums for your health.