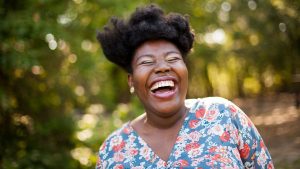 They claim that laughter has the same effect on the nervous system of the body as drugs. You experience a feeling of euphoria and boundless happiness when you laugh. The reason for this reaction in your body is dopamine, which is released into the bloodstream during a fit of laughing. This neurotransmitter makes you want more and more euphoria. Thus, laughter is addictive and enjoyable.
Scientists have found that laughter is a complex process involving many systems in the body. It affects the functioning of the hormonal, nervous, and cardiovascular systems. The causative agents of laughter can be various channels of perception of the external world, for example, hearing and sight. 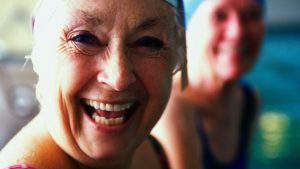 Therefore, if you want to laugh more often, use various sources such as comedies, comics, TV shows, etc.

The health benefits of laughter.

Increased life expectancy.
Scientists have conducted research and found that people who laugh often live longer than their peers.

Improving the level of health.
Laughing you saturate all the cells of your body with oxygen. Your breathing and heart rate increase, which allows your blood to receive more oxygen and carry it throughout your body.

Improved mood.
When you laugh, your brain produces endorphins, which improve mood, have a beneficial effect on the general well-being and state of mind.

Strengthening the immune system.
Scientists believe that laughter is a biochemical process in the body that suppresses the production of “stress” hormones cortisol and adrenaline. During laughter, in saliva immunoglobulins, which increase the body’s protective functions, increase.

Reducing the level of depression.

Facebuilding.
Laughter strengthens the muscles of the face and slows down the aging process. You use about 17 muscles to smile. Such a load increases the flow of blood to the skin of the face, which means that the skin of your face receives additional nutrition, elasticity, and a healthy glow.

Improving the work of the cardiovascular system.
Doctors believe that laughter strengthens the cells that cover the lining of the blood vessels and the heart. Laughing intensely for a few minutes has the same effect as cardio. Also, laughter reduces blood pressure in hypertensive patients.

Improving the functioning of the respiratory system.
Laughter consists of long, deep breaths and short breaths at intervals. Thanks to such breathing exercises, ventilation of the lungs is improved.

Laugh is the best medicine that not only improves your health but also improves your quality of life significantly. Laughter helps to reduce the level of perception of problems and helps to look at them from a different side. Psychologists recommend laughing as often as possible, and you can avoid negative emotions that trigger destructive biochemical changes in the body.

The ideal drink for your body.