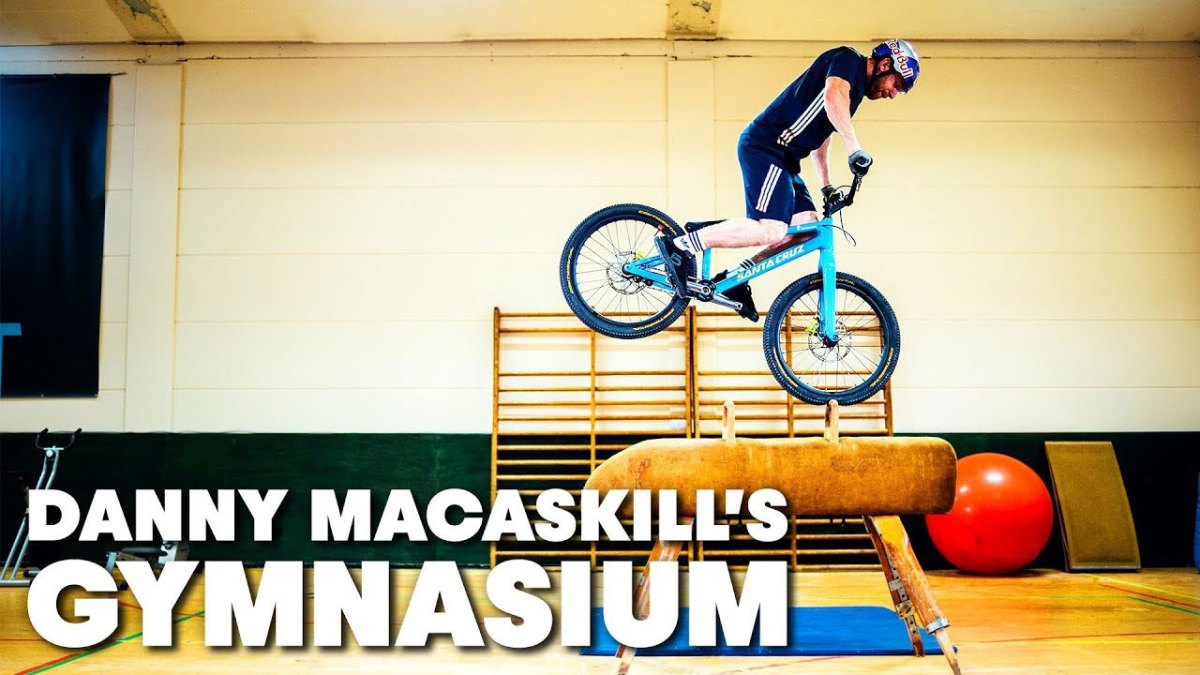 When it comes to trials riding, none can do it quite like Danny MacAskill. The Scottish rider has the most unique spin on what’s possible on a bike. Every time he hops and drops an edit, it forces the bike world to pause and wallow in the imaginative world he inhabits.

MacAskill’s latest collection of out-of-the-box stunts heads inside the box, where the trials legend gives us a comical glimpse into how he “trains” inside four walls. (Spoiler alert: It’s unlike any ordinary gym routine as he makes creative use of treadmills, foam rollers, beams and parallel bars.)

On Tuesday, MacAskill and Red Bull debuted this wildly entertaining new short film titled, Danny MacAskill’s Gymnasium. It’s an unorthodox workout routine that’s truly next level, and proves that a new year’s resolution workout routine does not need to be routine after all.

As Red Bull states, “In his latest return to our screens, Danny seeks refuge from the ‘New Year, New Me’ craze by creating his personalized fitness playground in a long forgotten hall at his local sports complex. Even though performing a perfect bar routine while still on two wheels isn’t for everyone, Danny has found that it’s a case of no chain, no gain as he’s able to do what he loves and stay in shape at the same time.”

We’d have to agree. This six-minute edit will lift you out of any mid-week winter blues, and perhaps even motivate you to hit the gym today, or at least get on your bike. So take a break from whatever you’re doing right now. You won’t be disappointed.

(Be sure to watch the vault routine at 3:50, plus the epic outtakes during the credits.)

The Best Adventure Sports Stories of the Decade

The longest plank in the world is more than eight hours.

Protect your back from pain with Everlasting Comfort seat cushion