For most people, sex drive is an important part of a romantic relationship. Relationship experts place great emphasis on sexual relationships during their lectures. But, in recent years, many psychologists and some relationship experts have stated that lack of sexual desire is not a sign of lack of love.
In the 21st century, sex is an important factor that controls the behavior of most people, so it is difficult to imagine people who are indifferent to it. However, scientists have conducted several studies in the field of sex and found that such people exist. They found that asexuality is a natural human response to a partner, as is a sexual orientation. At the same time, a person feels love for his partner and does not see problems for creating relationships and families. 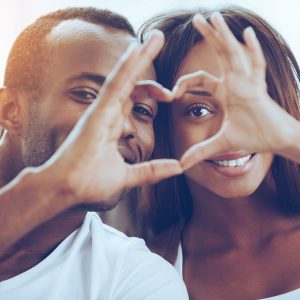 Research has shown that asexuals experience romantic relationships without sexual attraction. At the same time, asexuality can be in both men and women.
Asexuality is as much a sexual orientation as heterosexuality. Despite the availability of information, people often think that asexuality is celibacy or abstinence.

Asexuality is not listed in the International Classification of Diseases and is not considered a deviation. Asexuality occurs naturally without external factors. Lack of sexual attraction does not bother asexuals, they do not experience discomfort and do not have any health problems.

Asexuals can have good reproductive and hormonal systems, erections, and vaginal lubrication. And most importantly, these people can have an orgasm. But sexual relations have no emotional meaning to them, and they do not bring emotional satisfaction.

Scientists identify several main signs of asexuality:
lack of sex drive;
indifference to sexual contacts;
negative attitude towards kissing and touching.
Very often, asexuals experience unpleasant feelings at the sight of the naked body of their partner, and they do not want to undress. The naked body does not cause excitement in them and the desire to touch.

At the same time, lack of sex or low libido is not a sign of asexuality. Also, if you decide to give up sex for some reason, this does not mean that you have become asexual. You have decided not to get involved in a sexual relationship and this requires some effort from you. Asexuals do not want sex and it is natural for them.

The decision to abstain is up to you. Religion often calls for abstinence before the wedding. Sometimes people make such decisions to go through some important stage of life. However, the nature of their body may resist such a decision.

In some cases, people accept celibacy, which is a decision to give up marriage and other relationships. Such people often see their way in religion and service to God.

Abstinence and celibacy is a deliberate choice that depends entirely on a person’s decision, influenced by religious or personal reasons. Asexuality is a natural state of the body that does not require giving up sex. Asexuals can have sex with physical ability, but they do not want to do it even with a loved one.

Asexuals live all over the world and according to statistics, about 1% of humanity has never experienced sexual desire. This means that about 76 million can call themselves asexual. It is very difficult for them to find a partner with the same life position. Finding a partner with very little or no interest in sex is difficult. Fortunately, modern technology makes it possible to create online communities where people can meet their love and be sure that sex will not cause problems in their relationship.

Because asexuality is not a physical or psychological disease, no one can establish the presence or absence of asexuality in you. You can define it by asking yourself questions about the importance of sex in your life, the level of pleasure from sex, and the desire to touch your partner. At the same time, scientists argue that if you had a sexual desire and then disappeared, then this could be a sign of an illness or a consequence of a traumatic event in your life. In such cases, you need to see a doctor.

The possible causes of uncontrolled appetite.

7 meditation techniques to help you stay calm in any situation.