If you want to live longer, work in moderation.

Chasing money leads to health problems. Unfortunately, the trend of emotional burnout has increased in the world due to long working hours. Many people work 80-100 hours a week. Scientists are urging states to enact legal regulations that would regulate working hours and prohibit overtime. This problem is especially true in Japan. People do not take vacations for years and work more than 100 hours a week, which leads to an increase in the number of suicides. 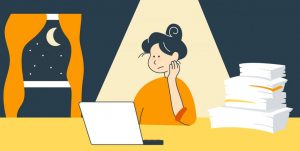 Even a slight increase in the workweek leads to serious health problems. The results of the study showed that a workweek of more than 50 hours of work increases the risk of developing heart disease compared to a workweek of 35 to 40 hours.

Scientists argue that the trend towards an increase in working hours is increasing despite the attempts of some states and world companies to change the situation. A high percentage of unemployment forces people to keep their jobs at any cost, and they are ready to work harder so that they do not get fired. In addition, the COVID-19 pandemic has exacerbated the economic situation, and many people have lost their jobs. Some companies reduced their staff, and the entire workload was distributed to the employees who remained in the company. Thus, they are forced to work more for the same money.
Also, scientists have found that men suffer from overwork more often than women. They are at greater risk of developing heart disease, and more than 70% more often die from overworking diseases. 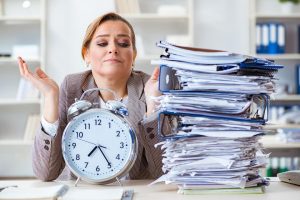 Scientists urge you to take care of your health because no work is worth the risk of a stroke or heart attack. The International Health Organization is studying this problem and trying to find a solution. They want to bring together governments and employers to develop international standards and time limits to protect the health of workers.

As statistics show, a third of diseases are caused by overwork. If you overwork a couple of hours on the same day a month, it won’t hurt your health. But, if you forget about getting adequate rest and sleep, you run a huge risk of premature death. Recycling is a serious health hazard. The international society should pay no less attention and resources to this problem than global warming and climate change.

Garmin Forerunner 245/245 Music Review: Get £65 Off In This Cyber Monday Sale