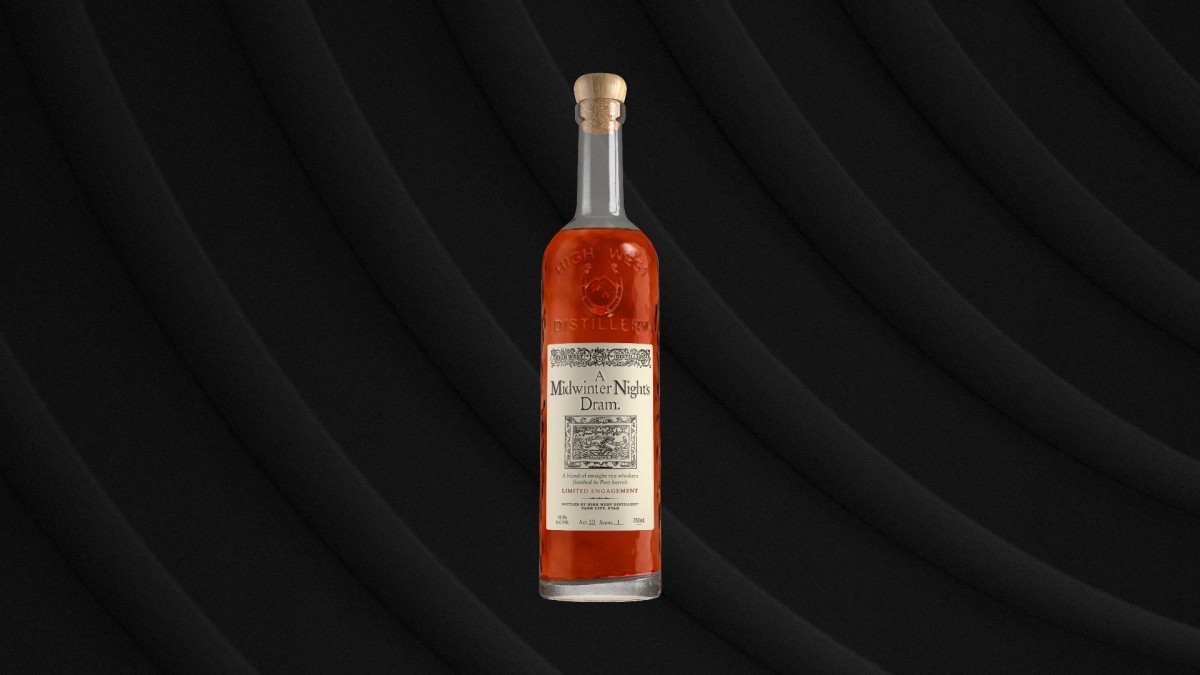 Fans of High West will be pleased to know that A Midwinter Night’s Dram Act 10 (a Shakespearean nod) will have its limited release on October 2. This seasonal bottle is shaping up to be just as delicious as the much beloved “Act 9” from last year.

“It goes without saying A Midwinter Night’s Dram is our most anticipated launch each year,” says Brendan Coyle, High West’s master distiller. “We really started to notice it taking off in the past five or six years, and the line that now forms at the distillery bright and early on release day speaks for itself. We know consumers truly love this expression just as much as we do.”

“Rendezvous Rye itself has a spicier, assertive flavor profile, so finishing that blend in ruby and tawny port barrels leads to a very well-balanced final product with a wonderful, dried fruit complexity,” Coyle adds.

Each year’s “Act” is a slightly nuanced expression thanks to the flavors the whiskey picks up from the barrels, which are sourced from different wineries, each lending unique characteristics.

As a representative for the brand shared with Men’s Journal, it’s a bottle people even charter private planes in order to purchase at the High West Distillery in Wanship, UT, or at the High West Saloon in Park City, UT.

People should keep an eye on Drizly and at liquor stores nationally if they want to get their hands on this standout beverage. Even on-site customers are limited to six bottles per person due to its small run and high demand.

Featuring notes of vanilla, caramel, and cinnamon, and reminiscent of a “holiday plum pudding” thanks to mulling spices, dried fruits, and more, the 49.3% ABV beverage is perfect for savoring neat, on the rocks, or in an old fashioned.

Or, even better, sip it at the launch party at the distillery on October 1—a woodland masquerade—where you can be the first to raise a glass and indulge in this impressive sipper.

With limited national availability, you can buy A Midwinter Night’s Dram Act 10 for $150.