PGA Championship 2022: The Best Players to Watch This Year 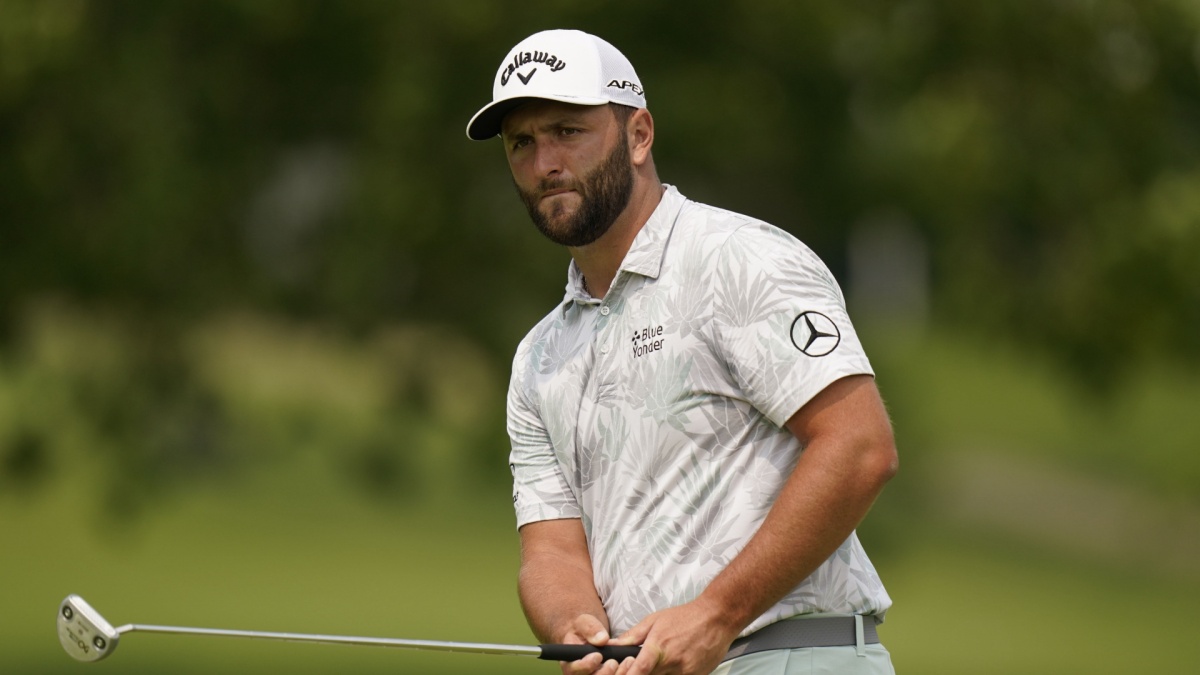 The second major on the men’s golf calendar, the PGA Championship, starts Thursday at Southern Hills Country Club in Tulsa, OK. The course is one of the jewels of the American golf landscape—it has previously hosted a long list of majors and front-line PGA Tour events—and this week it’ll again welcome one of the best fields in golf.

The action streams on ESPN+ every morning and shifts later in the day to telecasts on ESPN proper (on Thursday and Friday) and CBS (on Saturday and Sunday). Here’s a full viewing schedule, and below are seven players to keep a close eye on once the tournament tees off.

You’ll likely notice that Phil Mickelson is not on this list. The defending PGA champion remains in golf exile (self-imposed or not) after getting himself into trouble with some wild comments about the upstart Saudi-backed tour that hopes to rival the PGA Tour. Mickelson announced last week that he had withdrawn from the shot to defend his title.

The top players below will be vying for a PGA Championship win in his absence. Here’s a breakdown of their chances, along with their current odds of winning it all.

Swing looks smooth, moving better and no shortage of power. Ready to go for the @PGAChampionship pic.twitter.com/ylGulukbls

For the most part, this list orders players by their odds of winning the PGA Championship. But we’re talking about Tiger Woods, and he’s playing his second tournament in the last 15 months—after he made the cut at the Masters in April—so more eyes will be on him than anyone else.

Tiger has notable history at Southern Hills: He won the 2007 PGA Championship at this same course. That matters a lot. While Tiger is absurdly athletic for a man with his longevity and injury history, his clearest path to winning a 16th major is to outthink the competition as he navigates a course. Early reports, as usual, say that Tiger has looked strong in his practice rounds. We’ll see what happens, but as was the case at the Masters, it’s exciting that he’s playing at all.

To say @JonRahmpga is ready for the @PGAChampionship may be the understatement of the year.

Rahm is ranked No. 2 in the world behind white-hot Masters winner Scottie Scheffler, but the Spaniard tends to be the consensus favorite in majors these days. He won the Mexico Open on the first weekend of May, and his game is in excellent shape all around. He has gained strokes on the field in every event he has played in 2022 and doesn’t have anything resembling a hole in his game. Southern Hills has some bearishly long par 4s, and Rahm has both the distance off the tee and the approach precision to handle them better than most.

Scottie Scheffler hit the brakes on this pitch 🛑 pic.twitter.com/9PP877ymHb

Here are Scheffler’s last eight starts, going back to February: won the Phoenix Open, tied for seventh at the Genesis Invitational, won the Arnold Palmer Invitational, tied for 55th at the Players Championship, won the WGC Match Play, won the Masters, tied for 18th at the Zurich Classic, tied for 15th at the Byron Nelson. You get the idea—he’s been on an incredible tear, though he’s lost a little bit of juice since Augusta, which was inevitable. Unless you’re Tiger Woods circa 2000, it’s not possible to keep up Scheffler’s early 2022 pace uninterrupted. If Scheffler can contend again this week, it’ll be an amazing feat of consistency.

Spieth has conquered three legs of the career grand slam, but there’s one major he hasn’t won: the PGA Championship. For a stretch over the last few years, it seemed possible that he’d never win one. Of course that still is a possibility, but Spieth now looks like more of a threat. This could be the year he gets the capstone he’s been searching for since 2017, when he won the British Open (his third major).

Spieth is ranked No. 8 in the world now—back in the top 10 after about four years languishing outside of it—and his last two starts were a win at the RBC Heritage in Hilton Head and second place at the Byron Nelson in his native Texas. He’s in form at the right time. Maybe this will be his week.

Collin Morikawa’s week is off to a strong start at Southern Hills 👀 pic.twitter.com/WWpQURGs5n

Morikawa is a two-time major winner who’s in the prime of his career, so he’s a contender in pretty much any event he enters. He’s also a good fit for Southern Hills, which historically has put a premium on accuracy off the tee more than anything else. Morikawa’s ability to find fairways makes him an ideal match for this course. The course fit tool at Data Golf says Morikawa appears to benefit more from the layout than any of the field’s other top players.

After an even-par first round, @XSchauffele was +3 thru 5 today.

He’s gone -8 on his last 10 holes to get inside the cutline 😳 pic.twitter.com/m4OuqFfv4f

Schauffele is only 28, on the one hand. But on the other hand, he isn’t that young by the standards of today’s stars. At some point, him winning a major will cease to be a foregone conclusion. Schauffele has come close so many times: He has nine top-10 finishes at majors (six of them top-fives). Looking at those stats, it seems like only a matter of time until he’d eventually get a win.

The good news is that Schauffele is in great form, having won the team event at the Zurich Classic with partner Patrick Cantlay in late April before tying for fifth at the Byron Nelson. He could certainly be a contender this week—but as he knows all too well, being in the hunt doesn’t guarantee anything.

We wouldn’t want this entire list to simply be a who’s who of the best players in the world, so let’s take a longer shot here. Bradley is playing really well right now. Although he blew a strong lead in his last start at the Wells Fargo Championship in Maryland, it’s hard to take issue with his recent finishes: a tie for eighth at the Texas Open, a tie for fourth at the Zurich Classic, and a tie for second at the Wells Fargo.

He won the PGA Championship in 2011 when it was held at the Atlanta Athletic Club, and like fellow past PGA champ Morikawa, he’s an accurate driver who is well suited to this layout. If you’re looking for a somewhat-dark horse, he’s a good one to put your money on.

Should Professional Skiers Be Climate Lobbyists?