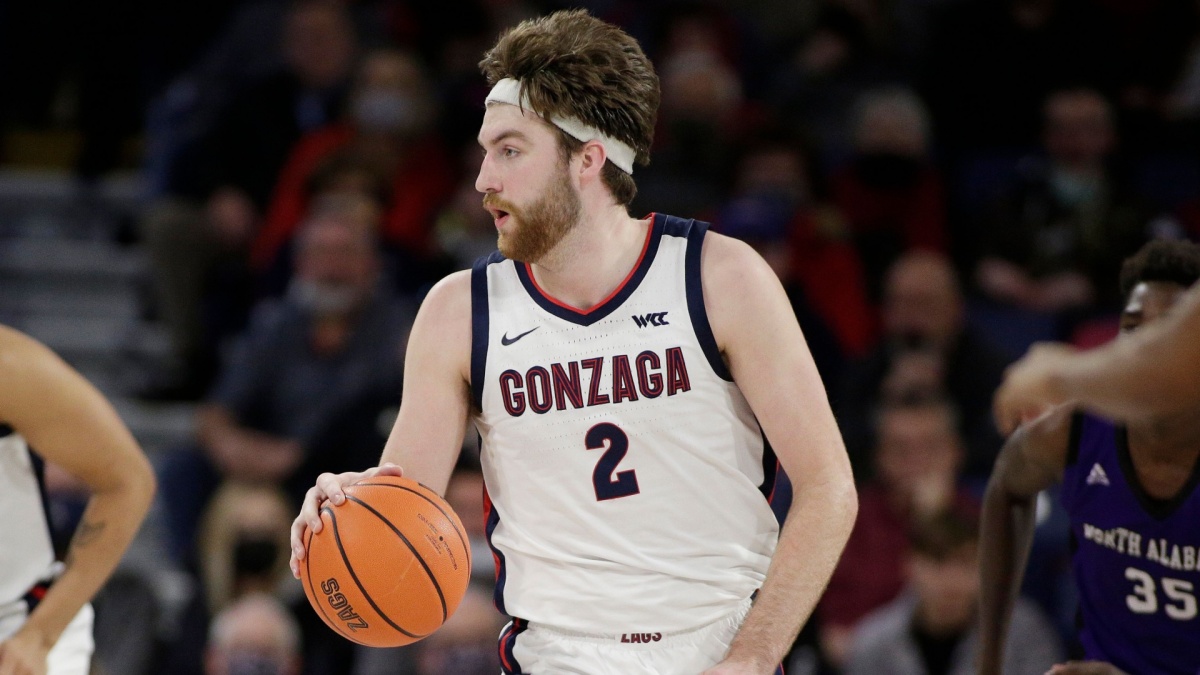 Welcome to March Madness 2022. The NCAA’s Division I men’s basketball tournament gets into full swing with the round of 64 on Thursday and Friday, and the round of 32 will take place over the weekend. The tournament will stretch through the rest of the month before the Final Four begins on April 2 in New Orleans.

Part of the fun of March Madness is that it’s so unpredictable. Only a few teams have a reasonable chance of winning the national title, but the process of whittling down 68 teams to one eventual winner never fails to produce weird outcomes.

Will that discourage your author from attempting to crystallize the tournament into a handful of tidy storylines to keep an eye on? Of course not. Here are three that will have a big hand in sorting out how this year’s March Madness unfolds. (For reference, here’s the complete bracket.)

1. At some point, it has to be Gonzaga’s moment. Right?

College basketball can be a cruel beast. One possibility for the Gonzaga Bulldogs is that they make the NCAA tournament 40 years in a row, consistently rank among the best teams in it, and never get over the hump to win the whole thing. The Zags have not missed this event since 1998, and they’ve come increasingly close to winning it all in the last few years. Their 2020-21 team was very much on the verge of “best team ever” status before Baylor physically overwhelmed them in the national title game. Then a handful of Gonzaga’s best players left for the NBA.

Yet Gonzaga is back again. For the second year in a row, Mark Few’s team is both the No. 1 overall seed and the top team by a healthy margin in Ken Pomeroy’s adjusted efficiency metric, the analytical gold standard in men’s college hoops. Gonzaga has the best frontcourt in the country in power forward Drew Timme (a returner from last year’s dominant team) and freshman Chet Holmgren, the lanky seven-footer who averages 14 points and 10 rebounds and will hear his name called early in this year’s NBA Draft. The Bulldogs also have the veteran talent March Madness teams need to make long tournament runs (seniors Andrew Nembhard and Rasir Bolton are an effective guard tandem), and on paper, at least, the roster can stand up to any opponent they’ll face.

They also have the law of averages on their side. At some point, if you keep yourself among the elite tier of the sport year after year, you’re likely to break through. There are no guarantees, but it’s happened before—most recently for Virginia, which won 2019’s national title a year after losing to 16th-seeded UMBC in the first round. The likeliest path for the Zags involves going through Mike Krzyzewski and Duke, the West region’s No. 2 seed, in the Elite Eight.

2. For as long as Duke remains in the tournament, prepare yourself for an endless parade of commentary about the Blue Devils’ head coach.

Krzyzewski is probably the second-best men’s basketball coach of all time behind UCLA’s John Wooden, who won an outlandish 10 national championships between 1964 and ‘75. Krzyzewski has won five, though you could make the case that his transformation of Duke from a mediocre ACC program into a dominant force in men’s college basketball deserves special consideration.

Nobody doubts that Coach K is special, but you’ll still be hearing a lot about him during March Madness this year. It’ll be the primary topic on media commentators’ lips and fingertips for the duration of the Blue Devils’ season, which so far has not been a storybook despite the team’s No. 2 seeding. Krzyzewski announced before the season that he’d retire after the year and turn over the reins to assistant Jon Scheyer. That kicked off a year-long farewell tour that has sometimes felt like a vanity exercise—though that’s no fault of Krzyzewski’s.

Krzyzewski lost his last game at Cameron Indoor Stadium to blood rival North Carolina. Then the Blue Devils bowed out early in the ACC tournament. That means March Madness is the final chance for Krzyzewski’s last season to go down as a success—something that Duke fans have become accustomed to during his tenure.

The actual Duke team is talented and fun to watch, though. Freshman power forward Paolo Banchero is a force around the basket, and freshman wing AJ Griffin makes 47 percent of his three-pointers. This’ll be the last chance you get to watch them at Duke before they depart for the NBA.

3. The 2022 field has a bunch of contenders from outside the power conferences.

The sport’s elite teams continue to be great. The AAC’s Houston, which made a Final Four run last year, is just a No. 5 seed but is fourth overall in the Pomeroy efficiency rating, which suggests quite a bit of upside. The Big East’s Villanova, a No. 2 seed with two titles in the last decade, is really good as usual despite not having the kind of individual headlining talent seen in recent years. Along a similar line, Big East rival UConn is a No. 5 seed and has the kind of rebounding dominance that could take it to its third national title since 2010. (The Huskies lead the nation in offensive rebounding rate.)

Gonzaga is the sport’s best “mid-major” to hail from outside the ACC, Big Ten, SEC, Big 12, Pac-12, and Big East. The Bulldogs are far from the only team worth taking seriously, though.

The West Coast Conference, which has long belonged to Gonzaga and nobody else, has other burgeoning heavyweights these days. Saint Mary’s has been building for years and is a No. 5 seed, while San Francisco made it as a No. 10.

The Mountain West has No. 6 Colorado State and No. 12 Wyoming, and it also produced a pair of No. 8 seeds in San Diego State and Boise State. While they’ll probably exit by the second round against Kansas and Gonzaga respectively, there are reasons to think either could pull an upset: San Diego State leads the country in defensive efficiency, and Boise is also one of the better defending teams in Division I.

Finally, the Ohio Valley’s Murray State brings a 30–2 record into the tournament and looks even more formidable than it did when it had future NBA star Ja Morant on the roster in 2019.

Some of the strongest contenders are “underdogs” mainly because of their league affiliations rather than their actual level of talent. That means there’s a lot of upset potential in this year’s bracket.

PGA Championship 2022: The Best Players to Watch This Year

Food can destroy your liver.