The Olympic Games Tokyo 2020 is the most anticipated sporting event. We all remember how last year the organizing committee postponed the Olympics several times due to COVID-19. After the decision to hold the Olympics after the COVID situation improved, Japan suffered huge economic losses. 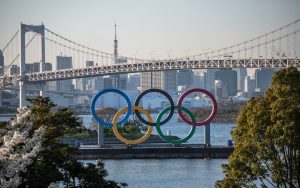 This year, the organizing committee decided to hold the Olympic Games in Tokyo, despite the protests of residents. More than 80% of the country’s population demanded either a repeated transfer of the Games or their complete cancellation. The organizers took into account some of the requirements of the Japanese and introduced strict quarantine restrictions for the period of the Olympic Games. The main feature of this Olympics is the absence of spectators. Nevertheless, about 11 thousand athletes from more than 200 countries will live in the Olympic Village. The 2020 Olympics is the largest event. Japanese afraid of a worsening epidemiological situation in the country. The Government of the country cannot guarantee the safety of people from contracting COVID-19 because vaccination in the country is slow. 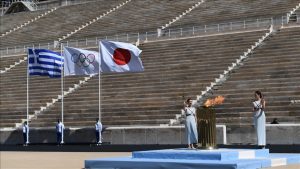 The opening of the Olympics is always a mesmerizing event with thousands of spectators and a stunning show program. This year, things were much more modest. The opening ceremony of the Olympics was on July 23th, and the closing ceremony is scheduled for August 8th.
The opening of the Olympics was without spectators, but with the Emperor. The ceremony was serious and reminded us that the level of danger of a pandemic was still high. Therefore, the organizers did not arrange the carnival and other entertainment programs. However, the ceremony of lighting the Olympic flame is eternal, and not even a pandemic can destroy it. This year tennis player Naomi Osaka lit the Olympic flame.
The 2020 Olympics shows that we must learn to live in new conditions and not lose hope for the planet’s recovery.
Unfortunately, the statistics of COVID-19 infection among staff and athletes are not encouraging. On July 23, the number of people infected with coronavirus among athletes and personnel increased by 19 people. The organizers hope that everyone adheres to the sanitary norms and rules that can stop the spread of the coronavirus.
The first medal competition began on 24 July. At this Olympics, organizers planned to issue 1,079 medals in 50 kinds of sports.
The Olympic program debuts karate, rock climbing, surfing, and skateboarding. Also, baseball and softball come into the fight this year, after a hiatus.
For the first time at the adult Olympic Games, we will see 3×3 basketball, freestyle BMX, mixed relay races in swimming and athletics, mixed team competitions in judo, triathlon, and archery.
The US Athletes’ Delegation is the largest one and has 613 athletes. In second place is the Japanese team with 552 athletes.

The difference in sexual temperaments in a couple: what to do?

The perfect mom is happy.