Surfers Around the World Rally for Australian Fire Relief Efforts 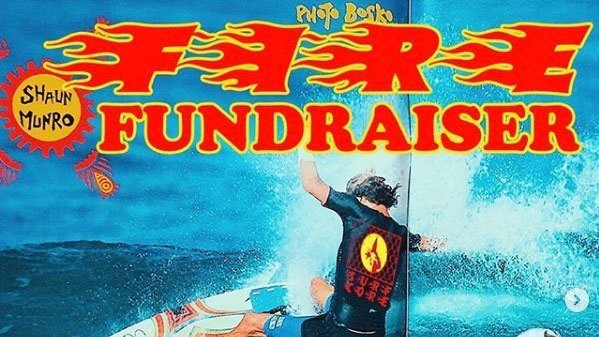 Australia has been ablaze since October, with no relief in sight. More than 12 million acres burned, half a billion animals killed. Those are staggering, gut-wrenching numbers. In the last couple of weeks, with the mid-summer days heating up and the problem only getting worse, the whole world has taken notice, with devastating images of injured animals and Mad Max-esque firestorms in smoke-filled skies dominating social media and the mainstream news.

The good thing about our very connected world is that news travels fast, and all around the world, millions of dollars have been raised in the last few days to go directly toward three of the places that can use the help most: Australia’s Red Cross, WIRES Wildlife Rescue and the NSW Rural Fire Service.

While our surf world is just a small drop in the overall bucket, many surfers are using their voices and platforms to raise money for the aforementioned groups. Paul Fisher started a fundraiser, and is also planning a special concert where 100% of the proceeds will be donated. Dead Kooks and Thomas Bexon raffled a few gorgeous surfboards, raising $65,000 and $35,000, respectively, for the cause. Shortboard Revolutionary Bob McTavish is raffling off a piece of surf history in the form of a beautiful 9’5″ that he shaped in 1966. Jake Paterson created a fire relief fundraiser of his own.

And then there’s the little-known Surf Core 2001—a tongue-in-cheek Instagrammer with a passion for pairing early-2000s surf imagery with hilarious captions—whose $50-a-pop fire relief T-shirt has taken off inside the pro-surf world, raising over $60,000 during the first day, with large portions of purchases coming from current and former pros themselves. Surf Core has been publicly thanking many of them via goofy archival photos and crude photoshop jobs on his Instagram stories—things like Kelly Slater as his 2000s video game avatar and Chippa Wilson posing next to a Monster logo. It’s offered a few laughs in an otherwise devastating situation—and more importantly it’s raised a bunch of cash for a worthy cause.

Click here to get in on the Surf Core 2001 T-Shirt while you can, or on any of the links above to donate to the relief effort.

This article originally appeared on Surfer.com and was republished with permission.