The impact of touch on your health.

Touches are one of the important ways people communicate especially in relationships. By touching each other, partners try to convey their feelings and love. 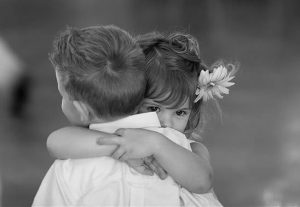 No matter what culture you are brought up in, you will most likely use touch to show affection or respect.

However, with the development of digital technologies, touching began to lose its popularity, and the new generation uses touch as a method of communication very rarely. Scientists argue that the lack of tactile communication badly affects the relationship of people, and they experience loneliness even while in a relationship.

Hugs help express feelings for your partner or support for a friend. You can consider the absence of such touches as indolence. Often partners in vain forget about such an important way of communication, and their relationship begins to deteriorate. Scientists have conducted some studies and have proven that both children and adults need a hug. Their absence negatively affects psychological health, and a person, especially a child, feels in danger.

Although scientists draw your attention to the fact that sometimes touch has a negative meaning and is inappropriate. Therefore, if you want to hug a colleague or an unfamiliar person, you will get a negative result. Therefore, only touch people close to you.

In some cultures, hugging can be seen as a violation of personal boundaries.

Scientists say that touch is very important for loved ones and has a positive effect on the physical and emotional health of a person.

Emotional benefits
A hug triggers a reaction in the brain region that is responsible for the state of comfort and attachment.

Scientists have observed several patients with various diseases and found that when they were hugged by people close to them, their condition improved. At the same time, those who hugged also experienced positive emotions, and an emotional connection was established between them.

Scientists in the Netherlands have found that hugging is a great way to relieve fear and self-doubt.

That being said, even a fleeting hug can have a positive effect on your emotions.

Therefore, scientists believe that hugging and touching reduce stress levels and speeds up the recovery process.

Physical benefit
Scientists have found that hugging improves physical health and affects many of the systems in your body. For instance:
lowered blood pressure;
pain symptoms decrease;
the heartbeat is stabilized;
the work of the immune system improves.

If you doubt that touching can improve your condition, then massage proves the opposite. A relaxing massage will make your body and mind feel better.

Herbs that help you lose weight.

Several reasons why you should eat berries.