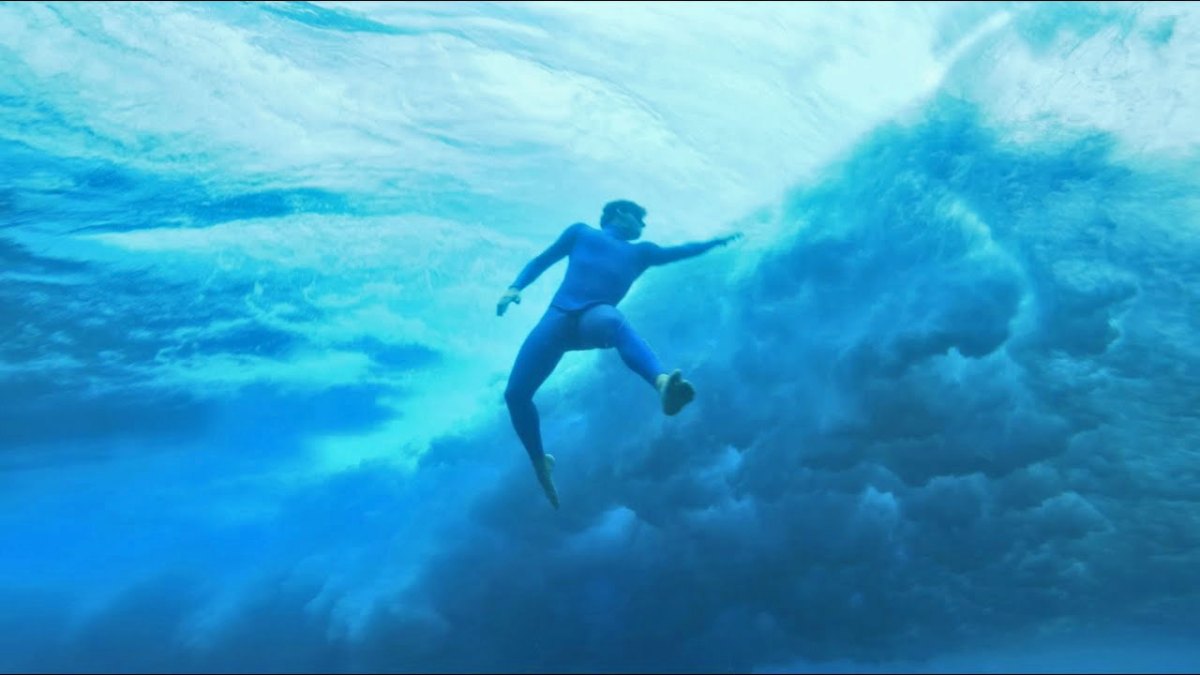 When you think of waves in Tahiti, you probably envision the bone-crushing monster waves of Teahupo’o. Swells travel thousands of miles over ocean depths before a deafening lurch onto shallow reef, creating what many consider one of the planet’s most dangerous waves to surf.

What you might not consider is the serene atmosphere below the surface. Despite these mutant waves dragging across the ocean floor and exploding onto almost dry reef, the underwater view is a beautifully whimsical world: silent and tranquil. Professional freediver Arnaud Jerald recently released a 3-minute edit that explores the silent beauty of the magical waters in Tahiti, simply titled ‘Below.’

Born in Marseille in 1996, Jerald was naturally drawn to the sea. As he struggled in school with dyslexia, he found solace in the ocean and found his love for freediving with his dad at an early age. He progressed quickly, and at the age of 21, he reached the jaw-dropping depth of 100 meters (roughly 300 feet). In May of last year, he broke a world record by diving 108 meters.

Below is certainly the break you need on a Monday. We highly recommend pausing whatever it is you’re working on right now, and taking a 3-minute breather to watch as Arnaud Jerald takes breath-hold after breath-hold, dancing with the heavy energy of the water in French Polynesia.

A Comprehensive Guide to Airline Surfboard Bag Fees in 2020

Editor’s Note: This is most definitely more dangerous and difficult than it looks. One small slip out of position, and it’s a disastrous slam onto razor-sharp coral. We wouldn’t recommend trying this yourself, unless you’re a world-class freediver with a world record under your belt. Just sayin’.

The longest plank in the world is more than eight hours.