The modern Olympic Games are different from those of the first games, which were several centuries ago. The variety of sports that are presented at the modern Olympic Games is much greater. Water polo is a relatively young sport, but it has many fans. Therefore, many sports fans follow the results of the water floor competition at the 2020 Tokyo Olympics. 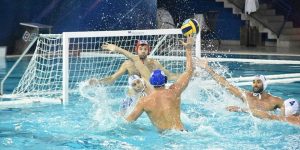 If you are not yet familiar with this sport, we invite you to find out some useful information about it.

First, water polo is a team sport. The game takes place in the water, and the teams must throw the ball into the opponent’s goal. In this case, the throw is performed with only one hand.

The progenitor of water polo is a Japanese game that took place on the water, but the players sat on straw barrels and tried to throw the ball using a special pole.

Modern water polo was invented by William Wilson in the second half of the 19th century and resembled a game of rugby in which players forcefully stop an opponent. In 1869, water polo was first introduced to the general public in London. At this time, the game did not have clear rules. William Wilson drew up the rules for the game of water polo in 1876, which remained relevant until 1890. Since 1900, the game has been included in the list of Olympic sports, and the first world water polo championship was held in 1973.

A water polo match consists of four periods of 8 minutes each. The timing in the period starts from the first touch of the ball. 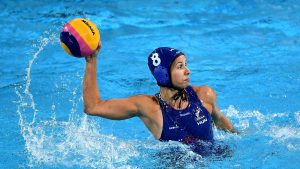 Each team is allocated only 25 seconds to attack, after 25 seconds the ball goes to the opposing team. Each team is entitled to 4 time-outs. The team in play consists of 6 players and one goalkeeper.
Prohibitions in water polo:

For violation of the rules, the player is excluded from the game for 15 seconds. If players receive 3 warnings, they are changed to other players until the end of the game.
Also, water polo competitions require the correct size of the pool. The size of the pool must be 30 meters long and 20 meters wide for men’s competitions, 25 and 17 meters for women’s ones. The depth of the pool for water polo must be at least 1.8 meters.

Water Polo Competitions The Olympic Games are gaining popularity, and many people enjoy watching the battle of the best teams in the world. In addition to the Olympics, teams can show their skills at the World Water Polo Championships and other competitions.

According to the statistics of the 2020 Olympic Games, the US team became the first finalist of the women’s Olympic water polo tournament, defeating the Russians at 15:11.
The second finalist will be determined in the match between the teams of Spain and Hungary.

The influence of yoga on the process of losing weight.