AstraZeneca assures that their vaccine is safe and refutes the fact that ES countries are refusing their vaccine. A company representative assures that the safety and health of patients are a priority for the vaccine developers and manufacturers. The vaccine goes through many tests and studies before being delivered to the patient. Therefore, the company is confident in its product and guarantees its quality. 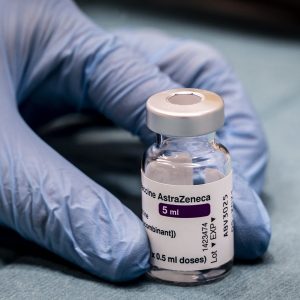 However, some countries in the European Union have suspended the use of the AstraZeneca vaccine. Also, an investigation is underway on the relationship between vaccinations and deaths from thrombosis. The countries of the European Union are awaiting the results of the investigation, and stoped the vaccination of their citizens with this vaccine temporarily.
We remind you that in the EU, 22 cases of thrombosis were recorded per three million people who received the AstraZeneca vaccine.

However, some EU countries, including Germany, continue to use the AstraZeneca vaccine, despite reports of blood clots in patients receiving the vaccine.

Your beliefs can be an obstacle to happiness.