Despite the sexual revolution and the freedom to choose a partner, society continues to condemn couples in which the woman is older than the man. But despite this unpleasant phenomenon, more and more couples do not pay attention to stereotypes and create relationships with partners despite their age. Many public couples with a big age difference are criticized, but continue to exist and be happy. 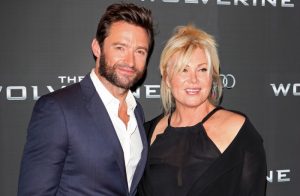 Couples, where a woman is more than ten years older than a man, are especially censured. Nevertheless, every year more and more such couples appear in the world.

Some psychologists argue that problems in such couples can arise due to different views on life and relationships. They use the statistics of divorce among such couples as evidence. But, couples with a big age difference prove by their example that statistics is not an exact science.

On the other hand, men who have a relationship with an older woman call many advantages in this relationship. While they agree that sometimes there are differences of opinion, but age is not their reason.

Scientists all over the world conduct various studies of relationships. They interviewed men who are building relationships with women more than 10 years older than them. All men claim that older women are the best partners.

As a rule, they are confident, self-sufficient, can listen, and are not fixated on relationships. The life of such women is filled with joy and tranquility. They do not require a man to fulfill their desires, since they can take care of themselves. At the same time, men along with such women develop and try to match their level.

Men claim that their peers or women younger than they do not have emotional stability, are locked in relationships, throw tantrums often, and require total attention. The immature behavior of young women turns men off, and they do not want to continue their relationship with them. 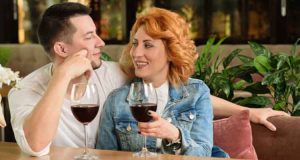 Psychologists have been arguing about the ideal age difference between partners for a long time. Survey participants believe that the difference of five years is not perceptible at all regardless of who is older.
Also, men who have had relationships with both younger and older women argue that relationships with older women have emotional maturity and depth. In such a relationship, a man can improve himself and grow in his career because he is not distracted by conflicts and tantrums.

Thus, research by scientists proves that older women can create relationships with a partner younger than them.

At the same time, scientists have found that men are the initiators of such relationships, as a rule. Mature women are self-sufficient and do not plan to create any relationship. Therefore, young men make a lot of effort to please such a woman. Many older women do not take the initiative in relationships for fear of breaking the rules of society.

At the same time, having built a relationship with a man younger than themselves, they do not take the leading role but continue to behave like a partner. Men feel confident in such a relationship.

Scientists are confident that all couples have some problems or disagreements. The ability to negotiate and solve a problem consciously is a useful skill of partners for creating a happy relationship. Therefore, the psychological compatibility of partners is much more important than age. Although, public opinion can destroy the idyll and create additional difficulties. But as a rule, such couples have a high level of awareness and cope with all the problems. According to statistics, couples in which a woman is older exist longer than couples with peers and with an older man.

Gazpacho is the best soup for a hot summer.