All sources of information urge you to adhere to the principles of healthy nutrition. Some people understand it literally and begin to follow all the rules, not allowing even the slightest violation. However, this fanatical rule-following has a downside. Constant control of the eaten food and an obsession with only healthy foods is a threat to both physical and mental health. 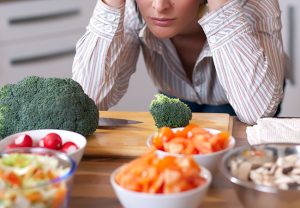 Psychologists and nutritionists argue that being obsessed with “proper nutrition” has nothing to do with a healthy lifestyle.

Even though this condition was not officially recognized as a disease, it was given the name orthorexia.

Orthorexia is generally considered an eating disorder. Unlike anorexia, the goal of orthorexia is not weight loss and have a perfect appearance. The attention of people suffering from orthorexia is directed only to healthy food.

Even though orthorexia is not an official disease, doctors name the signs of this disease.

Signs of orthorexia.
Obsession with the composition of the food.
Food quality and composition are the main points of attention for people with orthorexia. They are confident that food should be natural, environmentally friendly, and free of additives. Even the slightest deviation from their rules makes them angry and panic-stricken. They fear that unhealthy food or its component can harm them instantly. Thus, a person divides products into right and wrong. At the same time, the wrong food provokes fear, which forces a person to control every piece of food eaten. Thus, your mental health gets worse, which leads to even more problems. 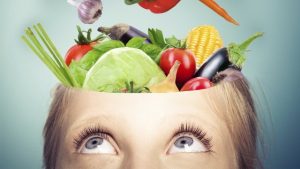 Strict adherence to rituals.
Food is not a source of energy. It is the meaning of life for a person with signs of orthorexia. Moreover, not only the quality and composition take all their attention. The way of cooking, the quality of the dishes, and the timing of the meal are important for them, too. People suffering from orthorexia use only dishes made from natural materials, and they eat when it’s time to eat, not hunger.
Food becomes an object of worship and defines who you are. An unscheduled meal is too stressful. You develop fear and refuse to meet friends and family or travel on business. Food begins to rule your life.

Asocial behavior.
Over time, a person who suffers from orthorexia begins to avoid all places where there is “the wrong food”. Also, he/she distant from those who do not share his / her opinion on the principles of nutrition. Such people believe that everyone around them should also share their opinion on the principles of nutrition. Therefore, they try to convince all their acquaintances of this, sometimes even in an aggressive form. This behavior leads to isolation and the severing of social ties. “Proper” nutrition becomes an obsession, and old interests fade into the background.

Mostly young women up to 35 years old suffer from orthorexia. Young men also face this problem, but less often. Psychologists are sure that the reason for this behavior may be the example of parents, psychological trauma, or perfectionism.

People often use food as a way to distract their attention from problems. But unfortunately, eating does not solve the problem, but shifts attention for a short time and provokes the appearance of fear of eating the wrong product or at the wrong time.

If you or one of your friends are hostage by the food, then you need to ask for help and learn not to be afraid of any food.

Bowmore and Aston Martin ARC-52 Is a $75K Masterpiece