The trend of childbirth after forty is observed all over the world. Modern women are in no hurry to plunge into the happy days of motherhood and prefer to first realize themselves in a career. 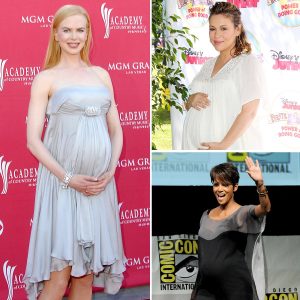 In addition, many show business stars set an example of a happy late birth. Many of the Hollywood actresses have given birth to children after forty. They became mothers when they were over forty.
For several decades, gynecologists were categorically against such births. Today, doctors treat such situations calmly and do not see anything wrong with late childbirth.

The sexual life of a modern woman is richer and longer. 40 years is just the heyday of a woman’s sexuality. At the same time, reproductive functions are at a sufficient level, which allows a woman to become pregnant naturally. Modern medicine allows you to reduce any risks to a minimum and makes it possible to give birth to a healthy child.

Medical support of a pregnant woman after 40 years is the main condition for healthy and safe childbirth. Despite the undeniable psychological, social, and financial benefits of having a baby after 40 years of age, physical health is subject to some additional risks. After 40, the female body begins to change. There are hormonal changes in the body that can reduce egg production and the body’s ability to handle the extra stress. A woman’s oocyte supply after 40 begins to rapidly decrease.

But modern medicine can help reduce the rate of egg production decline, so if you are a relatively healthy woman who wants to give birth, you can.

Benefits of pregnancy after 40 years.

Prolongation of youth.
Pregnancy is a hormonal reboot of your body. During this period, your ovaries and thyroid gland work harder and produce more female sex hormones. This is reflected in the woman’s appearance, her skin, and the condition of her hair, and so on.

The level of responsibility and awareness is much higher.
A woman after 40 years old understands that she is responsible not only for her life. A small child means increased attention and time. Some young mothers cannot cope with the stress and may become depressed. Women after forty perceive life with its problems and go through them more calmly.
Financial stability.

As a rule, women after forty made a career and were able to save some money that will allow them to enjoy motherhood without thinking about money. They know how to make money without spending all their time at work. This condition is especially necessary for women who decide to give birth to a child without the support of a partner. 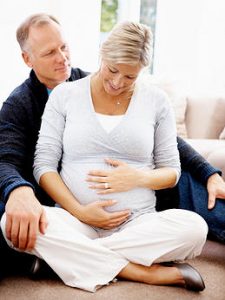 Emotional stability.
Women after forty have learned not to pay attention to some problems and make decisions calmly. Their emotional state is much more stable than at the age of 25. Therefore, children grow up in a calm and comfortable environment.

Although, some women after 40 years old may face some problems of late pregnancy.

Difficulty conceiving.
After 40 years, egg production slows down, so the chance of conception is significantly reduced. Also, many modern women have various diseases of the reproductive system, which reduces the possibility of getting pregnant.

Postpartum recovery.
Childbirth is very stressful for a woman’s body. The work of the immune, hormonal and cardiovascular systems slows down with age, so a woman’s body may experience difficulties in recovering and returning to a previous state. You will need more time for this.

You can reduce your risks by paying more attention to your health. Get tested, including the thyroid gland. Visit your doctor to know all the risks associated with your health.
Having a baby is a big responsibility, but also great happiness. Therefore, if you are ready for this, do not hesitate and give birth to children when you want it.

Why should you use high-intensity workouts?

All that you need to know about the benefits of plums for your health.