How often do you face aggression? Unfortunately, this feeling takes over a person suddenly and cannot be controlled. As a rule, people express their aggression through shouting and anger, sometimes even with the use of physical force. But, there is another type of aggression, which is no less dangerous. Many of you do not understand that you have fallen under the influence of the aggressor. The manifestation of passive aggression does not provide for open conflict, and people hide their anger, which finds a way out using other behaviors. 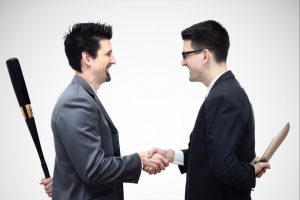 Passive aggressors don’t openly oppose your opinion or behavior. They hide their stress or irritation deep inside, but then they will do anything to hurt you. They can use silence for a long time, ignore you, fail to fulfill your instructions, and so on. In this way, they express their anger in a passive way.

You might say that it is good when a person does not pursue his/her dark side. People prefer to communicate with positive people and the manifestation of aggression causes condemnation. Psychologists are confident that any emotion must be expressed, and suppressing it leads to a mental health problem. Anger is a strong negative emotion that needs to be released. 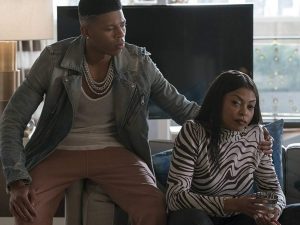 And the aggressor starts looking for various ways to punish you:

Passive aggression is like a psychological defense that is justified by the rules of education.

The passive aggressor does not express his/her feelings. He/she may be polite, but you can feel his/her detachment. The person expects that you will guess about her/his emotions and anger and ask for forgiveness.

The passive aggressor uses various manipulations to disrupt your emotional balance. Its purpose is to make you experience negative emotions. If you openly express your anger, he/she begins to play the role of a victim and blame you for all his/her problems.

If a passive aggressor has appeared in your life, you need to learn how to resist him/her. If you miss the moment, you can fall into his/her power and play by his rules, which will ruin your mental health.

Tips for dealing with a passive-aggressive partner.

Minimize communication with a passive aggressor.

Don’t play by their rules. Sustainably show your anger. For example, on the advice of psychologists, you can shout in a secluded place where no one can hear you, beat a pillow or punching bag, engage in an active sport, and so on. Let your emotions out.

Do not be held responsible for the behavior of the aggressors. Their emotions are their responsibility. If they want to be silent, let them be silent, and you continue to live as you are comfortable. But don’t stop asking for their opinion. It will increase the self-esteem of the aggressor, and they will be able to become stronger emotionally.

And remember that you must not fight them. There are no winners in this war, and if you accept its rules of the game, then over time you will turn into an aggressor.

You must decide whether you should continue your relationship with this person or your life will improve without him/her. Your mental health is more important than your relationship, work, or family.