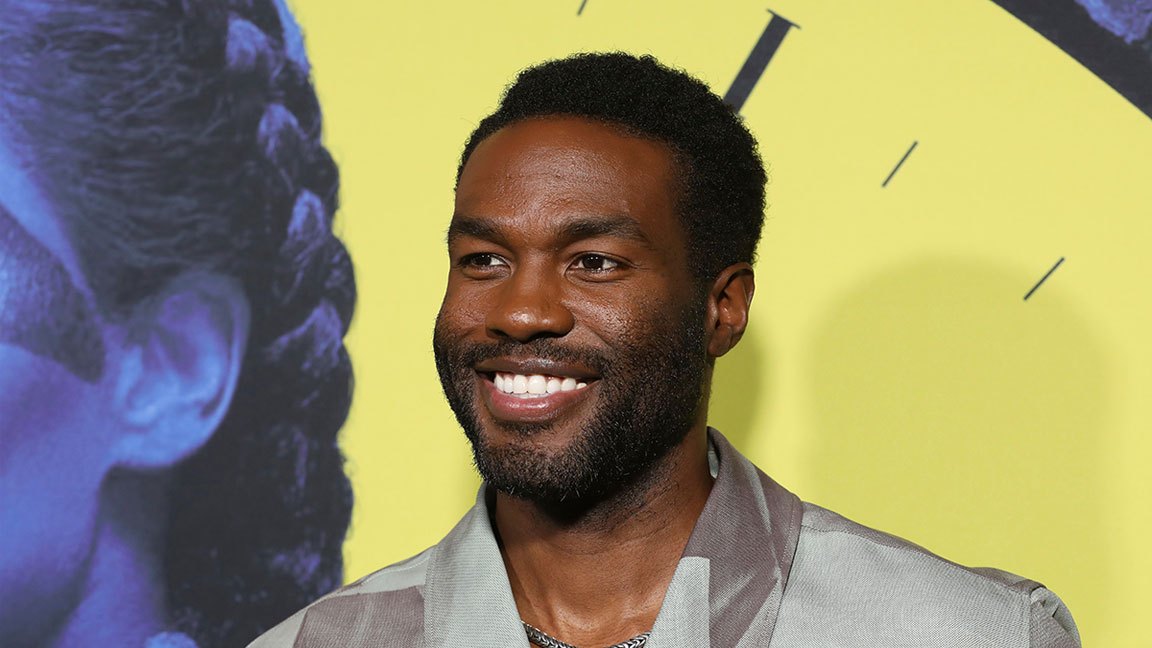 Actor Yahya Abdul-Mateen II is ready to enter The Matrix. After keeping one of the biggest secrets in recent television history on HBO’s Watchmen, Abdul-Mateen II, Men’s Journal‘s fall fashion star, is keeping one more as he prepares for a hush-hush role in The Matrix 4 alongside original trilogy stars Keanu Reeves and Carrie-Anne Moss.

‘Matrix 4’: Your Guide to the New ‘Matrix’ Sequel With Keanu Reeves

While no details have been revealed yet about who Abdul-Mateen II is playing, the actor said in an interview on The Daily Show that he’s excited about the story the movie will tell—and that he’s been back in the gym training hard to get ready for the shoot.

“I don’t always have a six-pack,” Abdul-Mateen II told Noah with a laugh after being asked about physique. “I find myself perpetually in roles that require me to work out. [After] the last day of Watchmen, I stopped going to the gym for months. I just got back into the gym about one month ago; I took a five month hiatus because I don’t like working out. But currently I’m working out to prepare for the Matrix.”

MJ5: Yahya Abdul-Mateen II on His Favorite Gear, Cooking, and Why He’s Excited About ‘Watchmen’

Over his recent projects, Abdul-Mateen II has been hitting the gym hard: He bulked up to go head-to-head with Men’s Journal cover star Jason Momoa in Aquaman, and after that he got even bigger to play Doctor Manhattan in Watchmen. That reveal was a massive shock for fans towards the end of the season, and Abdul-Mateen II shared on Instagram a video of the workouts he did with trainer Brad Kolowich for it.

How Yahya Abdul-Mateen II Trained for His Shocking ‘Watchmen’ Transformation

Now, he’s back in the gym for his Matrix role, having shared another video of one of his intense workouts, writing that he’s “Back at it. Matrix Mode.” The post shows Abdul-Mateen II going through a range of exercises, including med ball wall slams, pushup rows with dumbbells, sled pushes, cable workouts, and much more.

Here’s a look at the video:

The new Matrix film is being made in a shroud of secrecy, with no major plot details released yet. But both Reeves and Moss are officially back, while original trilogy director Lana Wachowski is returning behind the camera for the fourth film. Abdul-Mateen II added in his Daily Show interview that he thinks the advancement of technology over the last two decades makes this an interesting project.

Everything to Know About ‘John Wick 4’ and What Happens Next

“It’s wild, I think we’re going to tell a really exciting story, a story that’s relevant to the times,” Abdul-Mateen II said. “I’m excited about the technology, because you see what they did in 1999 and it still holds up. So I’m excited to get in there and to play, and also to be a fan of it and to see how we’ll do it 20 years later, given how much technology has advanced.”

Autumn nutrition principles: what to eat to stay healthy.