Signs and causes of autism in adults.

The child’s unusual behavior often makes the parents nervous and be upset. If this behavior is caused by psychological distress, the parents start to panic and do not know what to do next and how to fix everything. 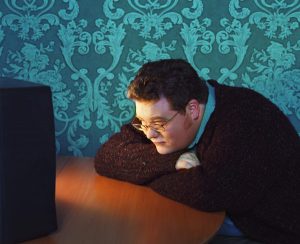 Children and adults with a diagnosis of autism are common in modern society. People do not know how to treat them correctly and believe that they are mentally unhealthy people. Autism is indeed a mental health disorder that causes emotional deficits and impaired communication skills.
Psychotherapists believe that these are people who are immersed in their inner world, and do not want to show emotions, are afraid of contact with others. The outside world seems disgraced and unpleasant for them.

As a rule, the first signs of autism appear in early childhood at the age of 3-5 years. Parents begin to notice violations of facial expressions, gestures, volume, and intelligibility of speech in the child.

At the same time, the signs of autism can manifest themselves in different ways in each case and depend on the form and stage of autism.

The causes of autism may be mechanical damage to the brain or a genetic predisposition.

Many people believe that autism is a childhood disorder. Unfortunately, it can develop in adults, too. At the same time, it is quite difficult to identify the first symptoms of the emergence of autism in an adult. As a rule, others do not consider some changes in a person’s behavior as a sign of a serious illness and assume that this is just apathy or a lack of good mood. Typically, adults develop atypical autism.

Typically, autism in adults has its characteristics, which are very similar to those of depression or other mental illness. However, if you notice that your loved one’s behavior has changed, take action.

Signs of autism in adults:

The presence of only one or several signs may indicate the development of autism in an adult. Therefore, he/she urgently needs to consult a psychiatrist. 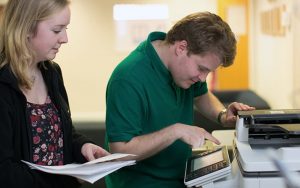 At the same time, an adult with signs of autism does not lose his mental and professional abilities. Autistic adults can be highly intelligent and have great career success. At the same time, his/her social life is changing dramatically.

Unfortunately, in recent years, autism has increasingly appeared in adults. According to British studies, one in every 100 adults in the world has autism. Moreover, men are more prone to such a development of events than women.

If mild forms of autism allow a person to cope with work, daily activities, then some severe forms of the disease lead to the fact that a person ceases to speak, and the level of intelligence goes down significantly.

Autism cannot be completely cured. Moreover, the condition of an adult with autism can be greatly improved. Professional psychological help can change and improve such a situation. An adult autistic can learn to be in society, not afraid of others, and be relatively independent.
Unfortunately, society is merciless to such people and does not accept them. However, these people may have high professional skills and do not pose a threat to society. You need to be tolerant and accept people as they are.

Simple recommendations for bringing trust back into your relationship.