The main blood biomarkers that can show symptoms of brain diseases.

Scientists have again researched the impact of lifestyle on brain function. They identified three blood biomarkers, which determined the effect of physical activity on the development of cognitive functions. Research has shown that sport plays an important role in maintaining neural connections and cognitive functions. 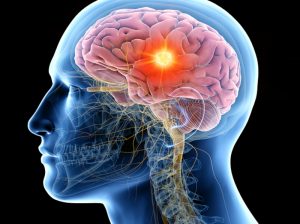 Scientists believe that aerobic exercise increases the amount of gray and white matter in the brain and improves blood circulation and memory function. Blood biomarkers have confirmed the benefits of physical activity for the prevention of neurodegeneration. Also, these biomarkers help to track the progression of various diseases and abnormalities in the brain.

The main markers in the experiment were indicators of memory and the ability to learn something new.

The main blood biomarkers studied by scientists during the study:

The experiment involved 23 people aged 65 years with a genetic predisposition to Alzheimer’s disease. However, at the beginning of the experiment, all participants had no signs of this disease. All white participants were divided into two groups. One of them did not exercise with high intensity, and the other used high-intensity aerobic exercise. After the experiment, the researchers studied the biomarkers of the blood of participants in both groups and found that CTSB levels increased in both groups, with memory improvements and changes in BDNF levels, which had a neuroprotective effect. Klotho protein levels also changed, which improved cardiovascular function.

Thus, scientists can use these three blood biomarkers to study brain function, aging, and ways to prevent the development of various diseases, including Alzheimer’s disease.

Thus, scientists have given hope that doctors will be able to detect the first signs of the disease and prevent its progression with the help of these biomarkers.

Also, this experiment once again proved the benefits of exercise on the state of the brain and memory

Varicose veins are not a reason to give up training.

Ways to strengthen your immunity.