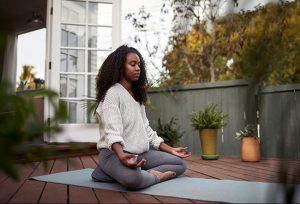 Regular meditation affects your brain, and as a result, you get an improvement in your life in all aspects. Scientists became interested in the effect of meditation on the human brain and conducted another study in which students participated. Participants in the experiment for 8 weeks practiced meditation 5 times a week for 10-15 minutes. At the end of the experiment, the researchers did an MRI of all participants’ brains and found changes in the brain patterns that appeared in all participants. This suggests that meditation leads to a faster switch between two brain states such as wandering the mind and concentration. In addition, the volunteers’ attention improved, and the state of high concentration was longer.

However, you only need to find 10-15 minutes a day to improve your life.

Search for More from author
Yoga

Ways to turn meditation into a daily ritual.

Holotropic Breathwork is a way to improve your life.